Fall in Love with Heritage Breeds

Did you know there are many breeds of horses and donkeys that are endangered?

There are many reasons why such as low breeding populations and the societal shift away from horses for transportation and work uses. The Livestock Conservancy is a non-profit organization that has been working for over 40 years to spread awareness about over 150 heritage and historic breeds across 11 different species of livestock in varying levels of endangered risk. Let’s dive in to some of the breeds listed as endangered by The Livestock Conservancy to spread more awareness through our equine community.

While some of the horse breeds listed on The Livestock Conservancy website are ones you may have never heard of, many are breeds you probably have. Three of these are the Cleveland Bay, Foundation Morgans, and Rocky Mountain horses.

Cleveland Bays originated in England in the 1800’s and two centuries of only breeding purebreds created one of the most consistent horse breeds known today. Cleveland Bays were bred to be useful for all things riding, driving, and farm work, yet still have a strong and refined (and always bay) appearance. Since the Cleveland Bays’ pure breeding was very genetically diverse from Thoroughbreds, they made a good cross with them to create lighter sport horses, but this meant fewer purebred Cleveland Bays remained.

Morgans were the fundamental breed in New England and became the foundation to many of the most popular breeds today including Quarter Horses and Standardbreds. Foundation Morgans were stocky work horses, primarily used for driving as the original trotters but also for riding. These were the horses that pulled covered wagons out West and were the go-to breed of the Pony Express. Morgans started being crossed with other breeds to create leaner, taller sport horses, which are the Morgans you see today in Saddleseat competition.

Rocky Mountain horses are a gaited breed most known for their chocolate color. This breed originated in Kentucky and is considered a landrace breed, meaning there are many variations in the breed based on different regions. The central location of Kentucky made it easy to cross breed the Spanish horses of the South with the English horses of the East, which resulted in many of the gaited breeds we have today. 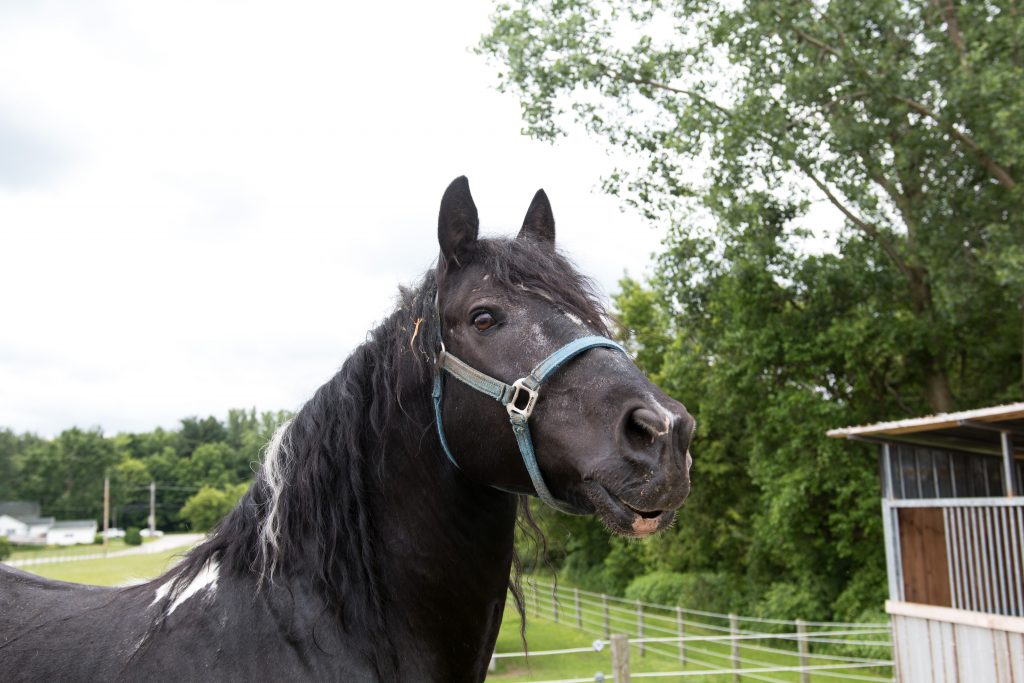 Draft breeds have found themselves on The Livestock Conservancy list of endangered horse breeds because of the move away from horses used for work. Some of these well-known but not common breeds are the Clydesdale, Shire, and Suffolk.

Clydesdales originated in Scotland in the mid 1700’s and were first imported to North America in the 1840’s. With the Budweiser Clydesdales being so well-known, it’s hard to believe that Clydesdales are

listed as Threatened on The Livestock Conservancy website, but the estimated global population of this breed is only around 5,000 horses. The breeding program maintained by Anheuser Busch was critical to the survival of the Clydesdale breed in the 1950’s and 60’s.

Related to the Clydesdale is the Shire. Ancestors of the Shire were the “Great Horses” of medieval England that carried knights in armor into battle. The breed was refined throughout the 1700’s and by 1884 the Shire we know today had been named. The Shire population consistently dropped since peaking between 1880 and WWI, starting its fall after WWII, and nearly becoming extinct by 1961 when the American Shire Horse Association came back into operation after a six year hiatus. The Shire has seen increasing numbers especially due to the breed’s use in promotional hitches for breweries much like the Clydesdales.

Suffolk draft horses originated in Suffolk and Norfolk eastern England as early as the 1500’s, and the first Suffolk studbook was published in 1880. The Suffolk is very unique in that it is the only draft breed that was specifically bred for traits to make it most suitable for farm work only. Suffolk drafts are easy keepers, have a willing disposition, and have the strength and stamina for a day’s work plowing through heavy clay, even though they have a much smaller stature than the more popular draft breeds. Numbers of Suffolk today are very small; 600 in the US and 200 in England. 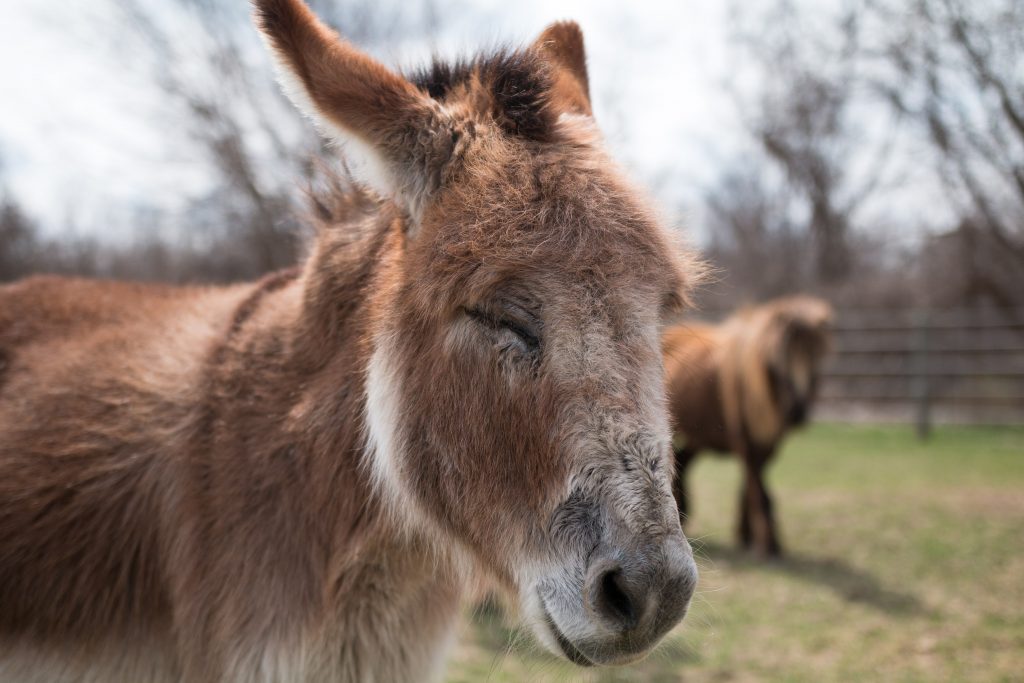 There are two breeds of donkeys listed as Critical on The Livestock Conservancy website: American Mammoth Jackstock and Poitou. American Mammoth Jackstock have been part of American history since the very beginning of our country. Large, black Jacks were bred to Percheron mares to create dark colored mules that were easy to match as teams. Over the last few decades the preferred color for drafts has shifted to sorrels, so sorrel Jacks were bred to Belgian mares to create large sorrel mules. This has left very few of the original-standard black Mammoth Jacks remaining, which is why they are listed as Critical.

The other donkey breed listed as Critical on The Livestock Conservancy website is the Poitou. These large donkeys were standardized in France in the 1700’s, again for the same purpose of creating large working mules when bred to draft horse mares. Poitou donkeys are 14 to 15 hands and have long hair that sometimes hangs in cords off their body.

Miniature donkeys are also listed on The Livestock Conservancy website but in the Recovering category, as to be expected because they have greatly risen in popularity over the last few years. Miniature Donkeys in the United States and Canada hold important genetic value because Miniature Donkeys in their native Mediterranean region are being bred to larger breeds and the smallest sizes are therefore disappearing.

How You Can Help

Jen and her husband, Clayton, bought their farm in August of 2018 and love living the simple country life. They share their home and farm with their dogs, cats, horses, and chickens. Jen loves learning and is always researching new things for the farm, house, animals, and natural wellness. Her favorite mantra is “thoughts are things” and hopes to inspire and empower people to create abundance and sustainability in their own lives. Follow Jen on Instagram @steelspoonfarm and read her blog at www.steelspoonfarm.com

What’s In Your Grooming Box?

Why Horses Are the Best Valentines