I was handed my first bosal when I was about eight-years-old and I immediately fell in love with its simplicity and touch.

It reminded me of the true connection that lies between a horse and rider. One that cannot be found between a bit and the hands, but instead between the hearts of both the horse to rider. I still own my first bosal and ride in it frequently. It is a very cherished piece of tack and has stood the test of time.

The word bosal comes from the Spanish name for “muzzle”. First off though, what is a bosal? It is a braided rawhide noseband used in western training and disciplines, more specifically it is the noseband that is used in a hackamore. 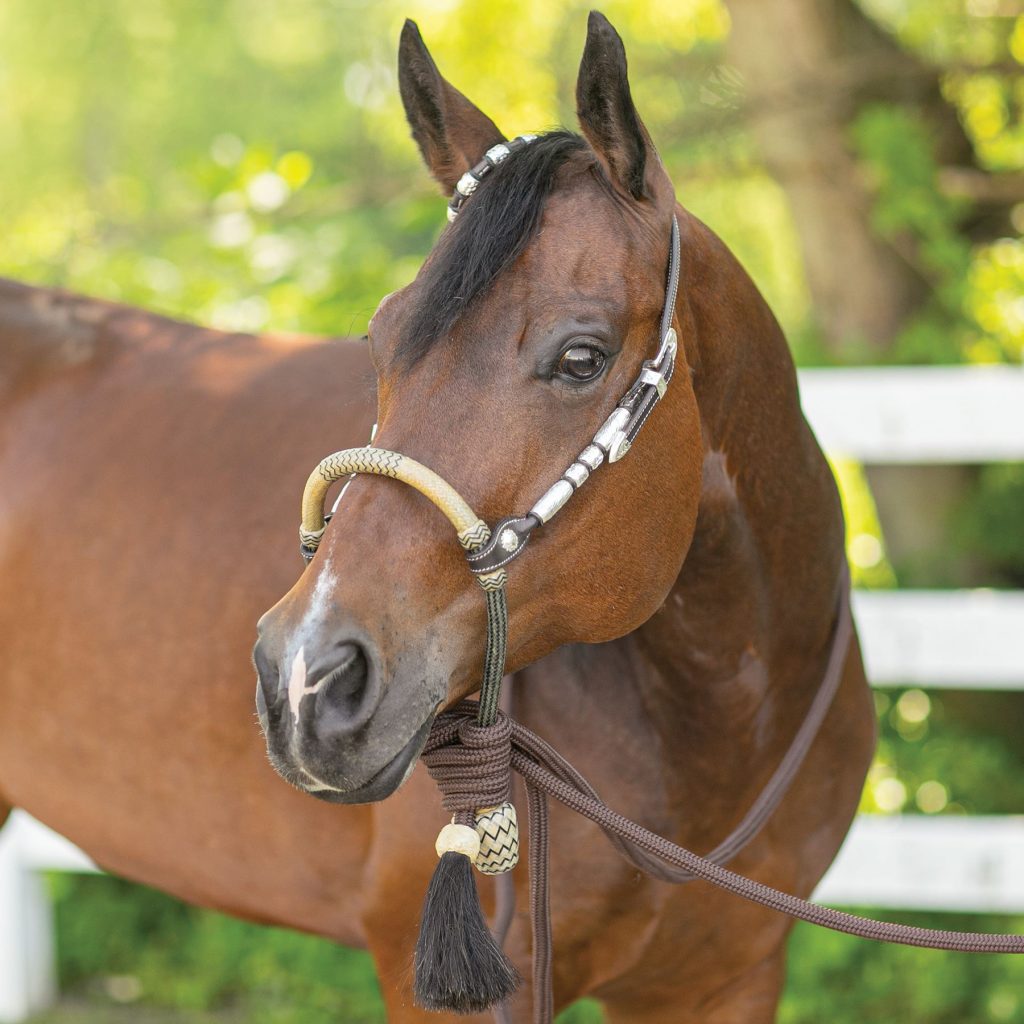 So, what is the correlation between a bosal and a hackamore? When a bosal is used with a hanger and mecate (a specific type of reins) it then becomes a hackamore. Mecate refers to the traditional reins used on a bosal and they are composed of hand-braided horsehair usually coming from a horse’s tail.

The bosal comes from a very old vaquero tradition and it looks the same as it did hundreds of years ago. This goes to show you its effectiveness when used correctly. It is by far my most favorite method to start green horses in and ride experienced horses in. Although every horse person is different, some may choose to only train in a bosal and then move up towards a bit, the preference is yours.

In my own experience, people who are lacking confidence in themselves or their horse often prefer riding in a bit. It makes them feel as if they have more control. However, if that is their mindset they are most likely creating a “pain-fear-flight’ pattern in their training. Which as you can imagine would create larger problems down the road.

If this sounds familiar then I ask you to try out a traditional bosal and see the difference for yourself. 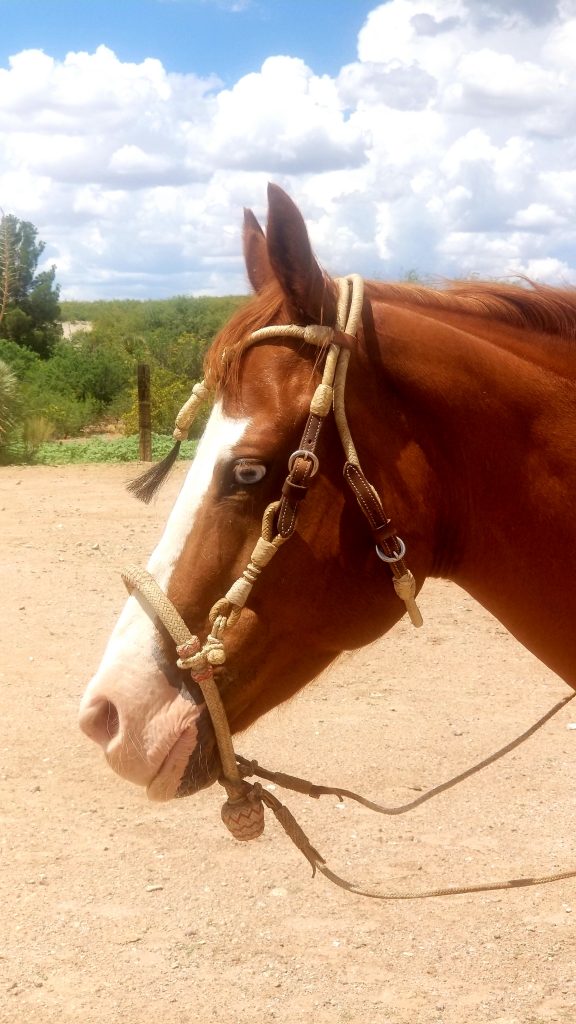 The entire purpose of the bosal is to get the horse to work on light touch and promote flexibility in the horse’s neck. For example, instead of ‘direct reining’ the rider would lay the mecate across the horse’s neck in the direction they’d like to go. With added leg pressure and the stiffness from the mecate, it encourages the horse to move away. In theory, the rider and horse are working together to really create the bond needed for training and riding.

The benefits of a bosal are tremendous whether you decide to only train in one or ride in one every day.

This is only the bare bones of what a bosal is and how it works. I encourage you to learn more if this is the first you’ve heard of it. If you already train or ride in a bosal I would love to hear from you! Or, if it is something you’re thinking of trying, give it a shot and reach out! I love hearing from others about new tack and techniques they are using in their training and riding. Drop a comment below or reach out to me on my personal Instagram @unbridledmama.

Love this blog post? We think you will like War Bridle: Simplicity in its Finest Form and Bitless Options

Round Pen Exercises for Seasoned Horses

Equestrian Events at the Tokyo Olympics 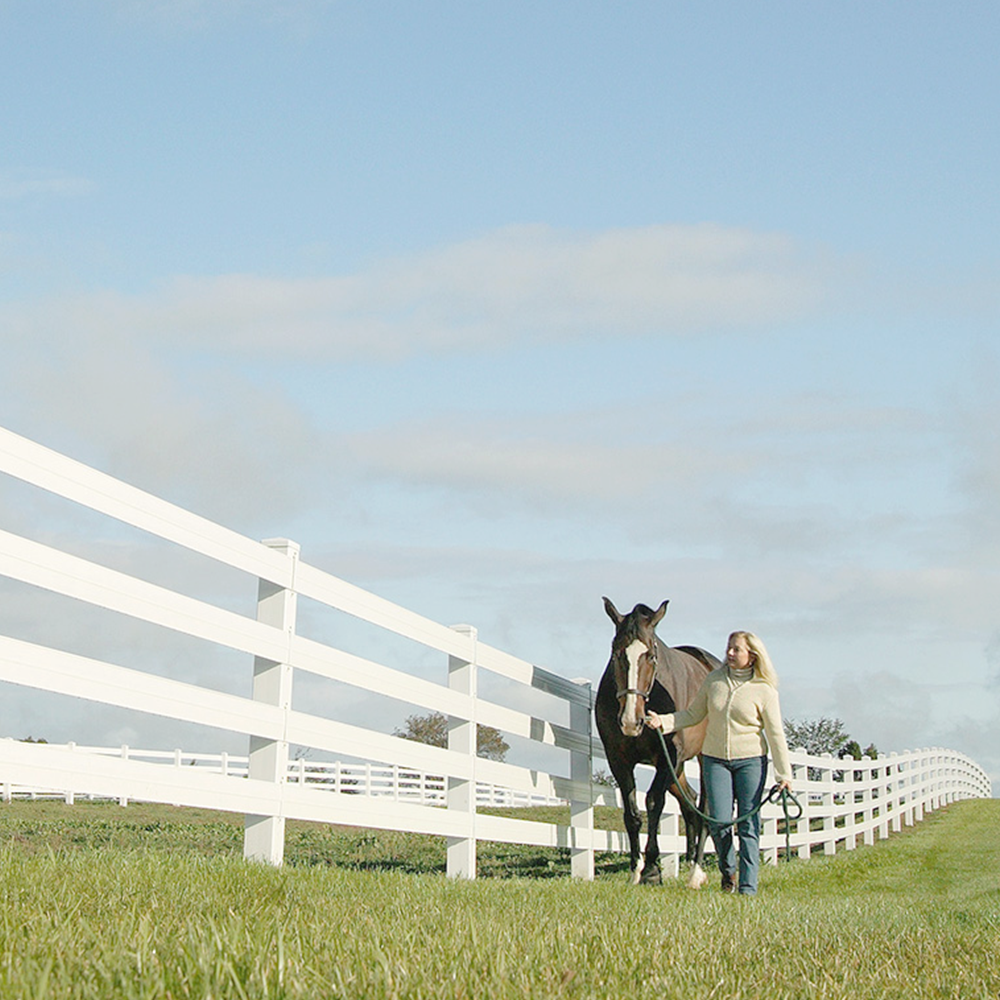